From shaping public opinion to forming powerful coalitions, McKenna Media will equip you with the tools to win your advocacy battle at the federal, state, or local level. We tailor our integrated communications approach to each client’s specific needs and political climate.

Each advocacy plan is unique. We offer the following services as part of our advocacy toolbox.

Whether we are running a public relations campaign for a non-profit organization or a small business group, we bring the mindset of seasoned campaigners, the hustle to form powerful coalitions and the savvy to shape public opinion.

FWD.us needed to introduce the stories of hard-working Dreamers to the American people.

Millions of people were moved by the story of Alejandro, which ran as part of a national broadcast, cable and digital buy. 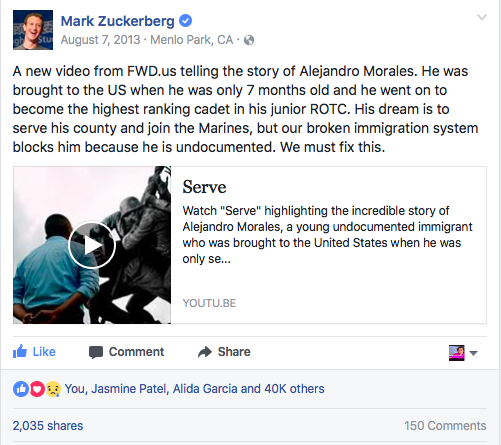 After Facebook founder Mark Zuckerberg received over 40,000 likes for the ad, which he posted on his personal page, President Obama tweeted a link to the spot to his 54 million followers.

Alejandro Morales is the highest ranking cadet in Chicago JROTC. He wants to be a Marine, but for now he is a DREAMer http://t.co/rE7JpLyKqA